The word “Garnet” comes from the Latin word ‘granatum’, which means pomegranate, a reference to its intense red color that resembles the glistening, deep red seeds of the fruit. This reference makes sense because the small garnet looks like the bright red seeds you find in the pomegranate. 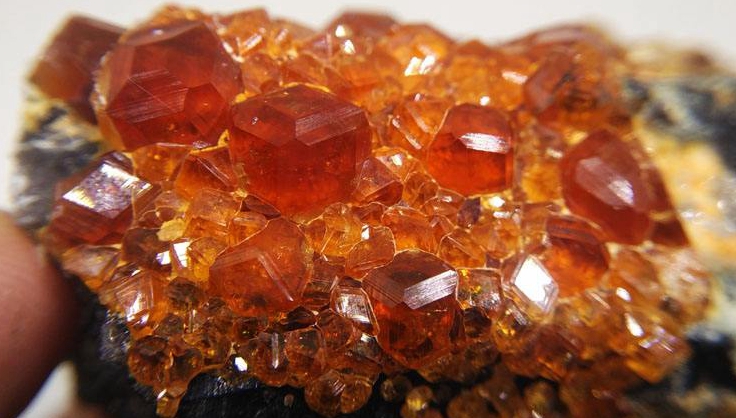 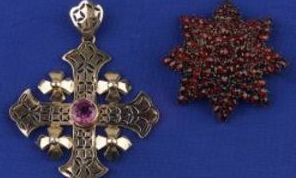 Garnet was called "Carbuncle", which is related to color and refers to boiling or blisters, was considered to be a piece of God's four gemstones given to the Kind Solomon in ancient time. This name also applies to other red gems, but garnets in particular. Around 1500, with the discovery of the bohemian garnet deposit in Europe, rich garnet resources increase the availability of garnet. This deposit makes garnets widely used in jewelry in Victorian times and become the heart of the 1800s European garnet region jewelry industry.

In old Spain, pomegranates are the most popular, so as the garnets. The astrologer in Spain once thought that garnets represented the sun. Garnet as a soldier's amulet, used by Christians and their Muslim enemies in the Crusades. 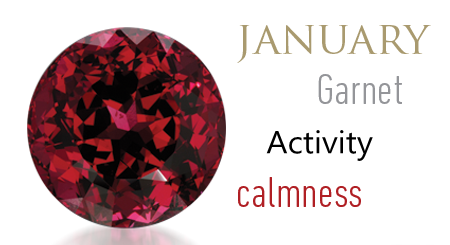 Garnet is usually considered to represent the first chakra - the energy stone of the root chakra. When the garnet is worn on the root chakra, it can improve the owner's concentration, creativity, endurance and grounding. If you want to improve your creativity or try grounding, garnet will be an excellent stone.

In Greek mythology, garnet is considered a gem of love and symbolizes eternity. In modern society, garnet is still a gift of love, and it is generally used as a commemorative gift for the 2nd or 19th anniversary. It will also be used for the 6th anniversary in certain groups of people.

Garnet is the birthstone of January, the stone of a person born under the constellation of Aquarius. It has been worn for centuries as a bodyguard based on its special protective attributes.

Physical Healing Energy. In ancient and medieval times, the special color of the stone made a significant contribution to the treatment of injuries due to the symbolic meaning of color. The special red color makes garnet often used as a remedy for bleeding or various traumatic inflammations. For men, wearing garnet jewelry helps to maintain the health of the reproductive system, as women have been thought to regulate hormone secretion and relieve swelling.

The most widely known emotional healing energy of garnet should be that garnet can help people resist depression. Garnet helps people to eliminate non-active but deep-rooted mindsets and resist or bypass unconscious destruction in thought. It can eliminate anger, anxiety and other uneasy emotions. Awakening the instinct of survival in many extreme or desperate situations, providing courage and hope.

Share articles to people or customers you care about and learn more about the meaning of stone. At the same time, if you are a stone jewelry retailer, please bring more garnet jewelry to your customers, giving your customers more energy and hope.

Where to buy: TTT JEWELRY

We are here to help you! If you close the chatbox, you will automatically receive a responsefrom us via email. Please be sure to leave yourcontact details so that we can better assist